An imbalance of “good” versus “bad” bacteria in the intestinal tract appears to trigger Type II diabetes –and probiotics may help prevent or treat that condition, too. Scientists have also discovered that probiotics can increase the body’s immune response to the flu virus and may be an effective treatment for inflammatory bowel diseases such as Crohn’s and ulcerative colitis (NaturalNews.com).

Shaklee Vitalizer is the only multinutrient supplement pack in the marketplace with S.M.A.R.T., a patent-pending, cutting-edge delivery system designed to improve absorption of key nutrients, ensuring the right nutrients get to the right place at the right time.  This includes a small pearl called, Optiflora Probiotic.

Researchers have found that people who exercise a little longer or a little harder than usual will boost their satisfaction with life.  The study examined college students at Penn State between the ages of 18 and 25.

“We found that people’s satisfaction with life was directly impacted by their daily physical activity,” said Jaclyn Maher, graduate student in kinesiology. “The findings reinforce the idea that physical activity is a health behavior with important consequences for daily well-being and should be considered when developing national policies to enhance satisfaction with life.”

Do you think this is true?  Start adding more exercise routines to your workout regimen and see if it works for you!

Multivitamins Drastically Reduce Cancer Risk in Men, According to a Study.

Researchers have found that the secret to better health is a well-balanced diet.  According to NaturalNews.com, “A just-released study of nearly 15,000 men over the age of 50 suggests that taking a daily supplemental multivitamin could reduce rates of cancer by about eight percent.”

According to a government study released last year, more Americans are taking daily vitamin supplements than ever before. More than half take some sort of dietary supplement, the study by the National Center for Health Statistics found.

It is nice to hear that more people are taking vitamins and the results they are getting from taking them.  However, the vitamins used in the study with the men were made of synthetic chemicals and low-grade minerals.  Just think of the results you could be getting if they were taking all natural multivitamins! I really recommend you take a look at this study: The Landmark Study.  It can help you understand the differences between synthetic and non-synthetic vitamins.

Remember, it is important to do your research on a vitamin you will be taking. You don’t want to put something harmful in your body that is meant to do good!

Rise in Knee Replacements: What can we do?

I read in the Wall Street Journal that the number of knee replacements paid for by Medicare has more than doubled over the past two decades.  According to this study, the procedure is emerging as an important driver of costs for the U.S. health-care system.

One way we can prevent knee replacements is by taking supplements that help our joints and bones.  Advanced Joint Health Complex contains a patent-pending fast-acting form of Boswellia extract that has been shown to have superior bioactivity compared to another Boswellia extract in the market. In a clinically study, it has been shown to improve joint comfort in as few as five days.

It supports healthy joints in 3 ways: 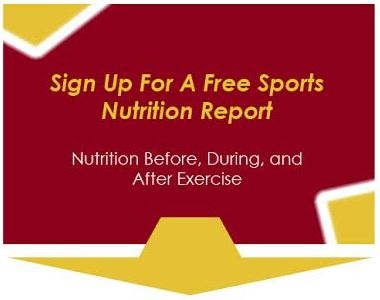